Fujitsu Will Release a Smartphone Designed for Senior Citizens 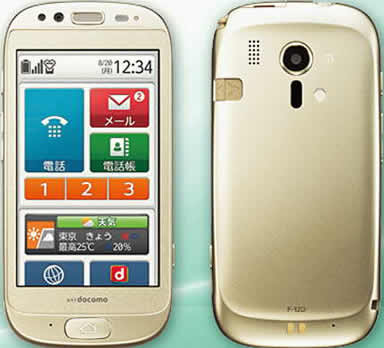 Fujitsu will officially unveil the Raku Raku F12-D smartphone in the US, which will be more suitable for older people. Senior citizens would appreciate larger typefaces and images, as well as louder speakers. Raku Raku translates to comfortable or easy in Japanese and it suggests a device that won’t cause users to put extra efforts when performing basic tasks.

There will be hardware and software modifications for both US and Japanese versions. The Raku Raku F12-D comes with a modified form of Ice Cream Sandwich (Android 4.0), 1.4GHz single-core processor and 4” WVGA display. The simple interface has shortcuts for contacts, mail, voice calls, and technical support.

The phone would be Fujitsu’s first exported smartphone. Japan is a highly mature smartphone market, which has reached a peak and this encourages local manufacturers to expand abroad. This could mean that the global smartphone market will be even more crowded in 2013 and beyond.