As the end of the year draws near, its time to take the wrap off our crystal ball and see how the phone industry will take shape in 2014, 2015 and 2016. Some are quite obvious; consumers will review the market situation and take well-thought out plan of actions. Smartphones will continue to erode the market share of feature phones and the use of these powerful, versatile devices will continue to grow. Smart gadgets have become much more ubiquitous and they are already indispensable.

It is still rather arguable what makes a phone smart, some say that it is the ability to install third-party apps, manipulate hardware configuration and access the Internet. Other experts say that smart devices are all about data usages. They know how to record our email, where we are supposed to be at 10.00 AM and who our friends are. Our devices are smart because they know things not because they do things.

Smartphones that get stolen or lost may expose us to all sorts of problems. A stolen smartphone is no fun, but stolen personal data can be far more disruptive. Smartphones in 2014, 2015 and 2016 will still behave similarly and its a good idea to take a look to upcoming phones that will hit the shelves.

iPhone 6 Plus and iPhone 6 will be a direct upgrade to the iPhone 5S, and like the iPhone 5C, iPhone 3GS and iPhone 4S, it would be a solid upgrade in coming future. It will still share the same overall design, perhaps a slightly enhanced display. It may have the ultra-fast processor, which offers double the performance of the original. Other possible features are 13Mp camera or better and battery with larger capacity. If it eventually get new iOS update, users will get improved multitasking performance, better data sharing process, better maps service and revamped notification. It wont be 2014 most groundbreaking smartphone by any stretch, but it would be the finest iPhone model yet.

The Samsung Galaxy S5 will continue to feature a huge display, probably something similar with 5 inch 1080p display or maybe 2K display with the latest AMOLED technology. Based on recent rumors, it also seems to suffer from the same lack of new innovations, except if the future Samsung phones starts coming with bendable display.

Nokia plans to release many new phones in 2014 and 2015 including Lumia 730, Lumia 735, Lumia 830, Lumia 130 etc. Nokia next flagship, it would run Windows Phone 8+ Apollo Plus or perhaps, even Windows Phone 8.5. It would boast an impressive PureView rear camera and better processor. Thinner and faster than the current Lumia phones, it should be able to run demanding 3D games with incredible ease. Even with the Lumia latest phones, it is still unlikely for Nokia reassert its favorable status in the phone industry. However, the Finnish company can still ensure its survival by introducing some added values such as better integration with PCs running Windows 8 OS. On the other hand, Sony could have a plan to release 6 inch superphone and LGs G3 Stylus, LG L Bello and LG L Fino will deliver features worthy of high-end specifications.

There are plenty of expectations on when Apple’s next smartphone will be released. There’s apparently no surprise here, the iPhone 5S could land somewhere in the third quarter of 2013. Previously, Tim Cook said that new Apple products will arrive somewhere in the fall. Citigroup also told us that Apple delayed the production of iPhone

Samsung Will Introduce the Low-Cost Z1 Tizen in January

Samsung Z1 Tizen (SM-Z130H) could be delayed until January next year due to an unknown reason, specifically on January 18. India could be the country where the phone is initially released. An official from Samsung says that the Z1 would be about $90 or less. In January, consumers in India could purchase the phone from 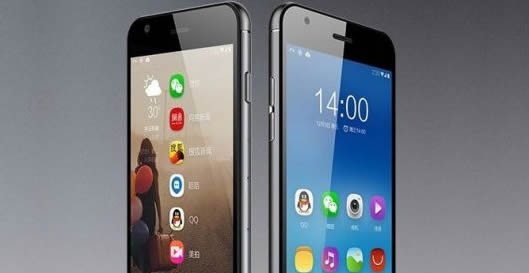 The ZTE Q7 is an Android 4.4.4 KitKat smartphone powered with 1.5GHz octa-core processor, which is probably manufactured by MediaTek. It comes with a variety of features, including 16GB of internal storage, 2GB of RAM, 3Mp front-facing camera, 8Mp rear-facing camera with dual-LED flash and 4G LTE connectivity. The phone has been approved by the

The X-Phone is one of those hotly debated devices and the appearance of numerous benchmarks didn’t make things clearer for us to see. Recently, another Motorola handset, called the XT1055 has appeared in an AnTuTu benchmark result. It should be noted that any user of rooted Android device can produce fake AnTuTu results simply by

Years ago, there was a near duopoly in the mobile industry, involving Sony and Nokia. Unfortunately, Sony is no longer at the top-three position, but the company is still committed to regain lost market share. Like other major phone makers, Sony is wise enough to deliver various handsets at different price points. Codenamed the C3,

More Details on Togari and Honami Are Unveiled

We heard about the phablet-shaped Togari for the first time back in March and new leaked information about the device appeared recently. The rumor also mentions about a camera phone called Sony Honami. The Sony Togari (C680X) is likely to include a huge 6.44” full HD display in its specs sheet. It is also said

The Nokia Lumia 920 will turn into something chubbier with gorgeous aluminum-clad design. Called the Catwalk, the phone is actually the Nokia Lumia 928 and it will arrive for major carriers in the US and global users on May 14. Model numbers for these devices are RM-892 as the international version, RM-893 for T-Mobile and

Samsung has announced the Galaxy Mega 6.3 recently and the phone has recently made an appearance at the FCC. This particular model seems to come with AT&T+ bands. As indicated by its GT-I9200 model number, the phone supports only HSPA+ connection. It should be noted that the Galaxy Mega 6.3 isn’t a high-end device; since

LG in collaboration with Google has released the Nexus 4, but the gadget didn’t come with the 4G LTE data connectivity, even when the mobile industry is moving towards the high speed data connection. Google has responded to user complaints and a 4G-capable version of Nexus 4 will be available soon. It is rumored that