As the end of the year draws near, its time to take the wrap off our crystal ball and see how the phone industry will take shape in 2014, 2015 and 2016. Some are quite obvious; consumers will review the market situation and take well-thought out plan of actions. Smartphones will continue to erode the market share of feature phones and the use of these powerful, versatile devices will continue to grow. Smart gadgets have become much more ubiquitous and they are already indispensable.

It is still rather arguable what makes a phone smart, some say that it is the ability to install third-party apps, manipulate hardware configuration and access the Internet. Other experts say that smart devices are all about data usages. They know how to record our email, where we are supposed to be at 10.00 AM and who our friends are. Our devices are smart because they know things not because they do things.

Smartphones that get stolen or lost may expose us to all sorts of problems. A stolen smartphone is no fun, but stolen personal data can be far more disruptive. Smartphones in 2014, 2015 and 2016 will still behave similarly and its a good idea to take a look to upcoming phones that will hit the shelves.

iPhone 6 Plus and iPhone 6 will be a direct upgrade to the iPhone 5S, and like the iPhone 5C, iPhone 3GS and iPhone 4S, it would be a solid upgrade in coming future. It will still share the same overall design, perhaps a slightly enhanced display. It may have the ultra-fast processor, which offers double the performance of the original. Other possible features are 13Mp camera or better and battery with larger capacity. If it eventually get new iOS update, users will get improved multitasking performance, better data sharing process, better maps service and revamped notification. It wont be 2014 most groundbreaking smartphone by any stretch, but it would be the finest iPhone model yet.

The Samsung Galaxy S5 will continue to feature a huge display, probably something similar with 5 inch 1080p display or maybe 2K display with the latest AMOLED technology. Based on recent rumors, it also seems to suffer from the same lack of new innovations, except if the future Samsung phones starts coming with bendable display.

Nokia plans to release many new phones in 2014 and 2015 including Lumia 730, Lumia 735, Lumia 830, Lumia 130 etc. Nokia next flagship, it would run Windows Phone 8+ Apollo Plus or perhaps, even Windows Phone 8.5. It would boast an impressive PureView rear camera and better processor. Thinner and faster than the current Lumia phones, it should be able to run demanding 3D games with incredible ease. Even with the Lumia latest phones, it is still unlikely for Nokia reassert its favorable status in the phone industry. However, the Finnish company can still ensure its survival by introducing some added values such as better integration with PCs running Windows 8 OS. On the other hand, Sony could have a plan to release 6 inch superphone and LGs G3 Stylus, LG L Bello and LG L Fino will deliver features worthy of high-end specifications.

Aptina just published a press release describing an advanced model of 8Mp sensor which support 60fos video recording at full 16:9 frame width without causing pixel binning. The sensor achieves it by taking 6Mp video data stream and over samples it three times. The results are comparable to those produced by multi-sensor cameras used by 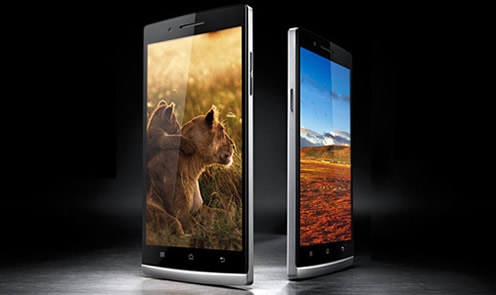 Oppo Find 5 Will be Released in US, But Not In Europe

Oppo has made the impressive Find 5 smartphone official and quite surprisingly, the phone will also available in the US through online purchases. But this doesn’t necessarily mean that consumers in other countries should expect a global release. Oppo has no intention of bringing its next flagship in European countries very soon. Officials from the 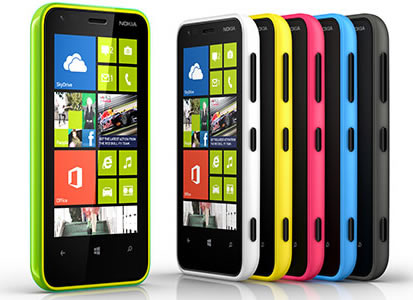 Nokia Lumia 620 is Available for Pre-order in the UK

Recently, Nokia unveiled a new entry-level smartphone, the Lumia 620. It is offered as a cheaper alternative to the more expensive counterparts which experience decent sales worldwide. The Lumia 620 may not deliver advanced features set found on higher-end models, but the Windows Phone 8 OS will appeal those looking for phones with a very

Previously known as BlackBerry 10 L-series, RIM’s next generation smartphone finally gets an official name, which is proclaimed to be the BlackBerry Z10. An advertisement for the upcoming handset was unearthed recently by the media and it may not be released as the L-series. The Z10 may very well end up being the phone’s official 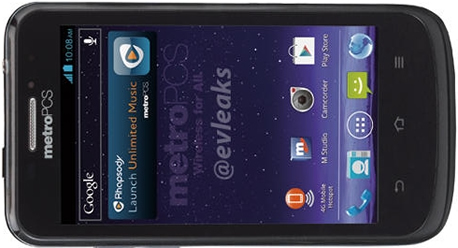 MetroPCS is known for its affordable Android lineup and the upcoming ZTE Avid 4G will be known as a cheaper alternative to carrier’s other devices. The budget device will feature a 1.2GHz dual-core processor of an unspecified model, 4” WVGA display and Ice Cream Sandwich (Android 4.0). Additionally, the Avid 4G will feature a VGA 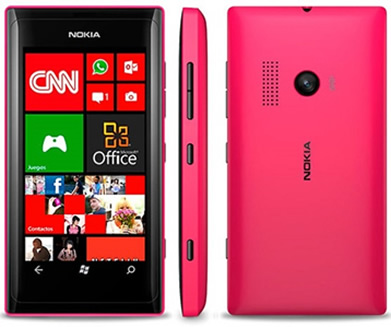 Nokia 505 Will Be Launched Initially in Mexico

Nokia recently makes the Lumia 505, an entry-level smartphone, official in Mexico. The Finnish company has been long known for its excellent, affordable devices and the Lumia 505 shouldn’t be considered as something surprising. Consumers in Mexico will be the first to get hold of the budget-friendly Windows Phone 7.8 smartphone and it will eventually 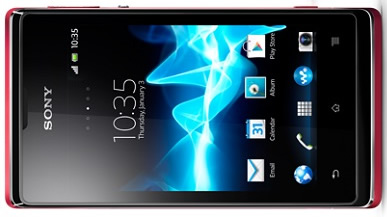 Sony Xperia E Will Be Released in February 2013

Sony Xperia E may eventually arrive in February next year; though the Japanese company hasn’t unveiled the exact release date yet. There will be two variants of Xperia E; single SIM and dual SIM models. The phone will feature a configuration commonly used by budget devices, such as a 3.5” HVGA (320 x 480) display,